There’s a New Reason to Visit to Ephrata – LIVE Music!

When Steve Brown, owner of Ephrata’s best known restaurant, Lily’s on Main, took over the Ephrata Main Movie Theater back in January, he had plans to expand beyond movies into live entertainment. Luckily for us, his plans have panned out. Performances are starting next week with a BIG intro act… Joan Osborne… that’s right, a 6-time Grammy nominee is coming to EPHRATA!

Steve’s plan is to book “mid-level” acts that are too small for American Music Theatre and too big for the Chameleon Club at the 193 seat, historic theater.


Here’s a list of the performers currently booked to play the Ephrata Main Theater, along with some videos to give you an idea of what’s in store. To book you tickets to one or all of these performances, click here. And don’t forget, the Smithton Inn Bed and Breakfast is only a mile away, so you can catch the show & then spend the night! 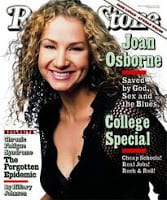 You may remember her song “One of Us”… but check out this video of her in the studio on her latest album… MAN this girl can sing! http://www.youtube.com/watchv=Zkc1A2SjETA&p=A1F259DE6221ADEB&playnext=1&index=9

The Ephrata Main Theatre is proud to announce the debut of our Artist in Residence Program with our first show in this series featuring Adam Taylor. Adam Taylor is a Pennsylvania poet with a guitar, whose old school soul can be felt through his visually quirky, socially conscious lyrics and ragtime inspired folk-pop. Channeling the spirit of Bob Dylan, Taylor defies his youth with his timeless confidence and renegade attitude. His debut EP, Play the Piano Drunk, was produced by Adam’s older brother and mentor, LIVE founding member Chad Taylor. Unlike his brother, the younger Taylor brings a wryer approach to his music, literate like his idols Charles Bukowski and Saul Williams, yet still boyishly brazen. Listeners will discover Taylor’s breadth of influence including Donovan, Dr. Dre, Wilco, and Tom Waits. Opening this show will be singer/songwriter James Wolpert

Here’s a clip of Adam playing live at the Kepler Theater in Hagerstown, MD this past January: http://www.youtube.com/watch?v=VWyeK-iBRNE&feature=related

NOTE: These shows take place during the Ephrata Fair. This very popular event is the largest Street Fair in Pennsylvania. Details and schedule are here: http://www.ephratafair.org/  Allow yourself a little extra time to get to the theater since the fair is right in front of it. Better yet, come early and check out the fair. 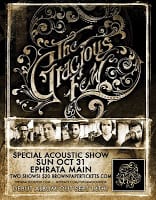 Here’s a glimpse of what’s in store… the band doing an acoustic performance June 24th at GMR Marketing. http://www.youtube.com/watch?v=mFRf7-bUQ6A&feature=related